After reading “They also serve who stand and edit” by editor extraordinaire John E. McIntyre, we couldn’t resist sharing it with you! McIntyre speaks to those who’ve heard the Call of the Editor, offering advice on navigating current publishing practices and moments of self-doubt. It’s an enlightening read for editors, authors, and the people who cut paychecks to both.

Editors are important, and their work is priceless. Thank you, editors, for all that you do!

Charlie Bondhus, past winner of the Stonewall Chapbook Competition, is looking for submissions for The Good Men Project‘s but poems with a certain perspective. If you’ve written a poem dealing in some way about men or masculinity, submit your poetry to The Good Men Project. Even though the poem should be about men or masculinity, the poem can also be from women and people of all gender identities and expressions. For more information on their guidelines, check out their website here. And for a taste of their poetry check out their archive here. Good luck!

I’ve lost count the number of times I’m standing in line at the grocery store and I’m suddenly struck with an idea for an article or a short poem that I think is fantastic (even though it may not be). The struggle is where do you keep these random gems and better yet, where can you publish them instantly?

There are plenty of articles discussing the pros and cons of self-publishing and instant publishing. But in an age where publishing everything is the norm, it’s hard not to want to post your haiku or rough draft of a first chapter somewhere. Posting it means hearing feedback (both positive and negative) and feedback means knowing whether to continue or not.

So where do you publish these beautiful lines of poetry or intriguing chapters of your novel? Most people have their own blogs where they can post but that’s not always convenient nor does it guarantee people will see it. Instead people are posting their written creativity on apps like Wattpad, WhatsApp or through the social media website Twitter. And in the land of digital publishing, clicking the post button is easy, simple, and convenient. And it helps that you can always delete it later too.

Recently Wattpad has gained plenty of attention from The New York Times, Gigoam.com, Mashable.com and other websites. Founded in 2006, Wattpad was first a mobile app for users to download eBooks and to view them easily. When the app was struggling, the creators Allen Lau and Ivan Yuen changed the app to a more interactive community where writers could post their works along with following other writers and commenting on stories. The community also features a “What’s Hot List” that changes daily and a “Featured Story” list that promotes content reviewed and approved by staff and an editorial review board. That’s not to mention the community that comes along with the app. The more well-known authors will often receive fan-made art including graphics, playlists, comics, and cover-art (basically anything creative, fans will make). It even helps newbie writers become published authors and kick-start their writing careers.

The newest addition to online storytelling is WhatsApp, an app mostly used for cross-platform instant messaging for 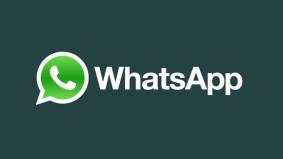 smartphones. While at first you’d never think the app could be used for online storytelling, recent article from thenextweb.com “Whatsapp is now a medium for storytelling” (a pretty obvious headline) states otherwise. Mostly through screenshots of conversation (perhaps the simplest execution of dialogue), readers are shortly told a story through text messages. The use of the app is still relatively new and awaiting for users to create stories through but if you’d like a test-try of the new storytelling platform, check out this story here.

Twitter has been around for years now and it seems like most people have an account.  Recently, writer fanatics have been using hashtags when publishing their works, something that allows tweets to be easily found. With the limitation of 140 characters, Twitter really does make every word count. The limitation leads most writers to post short lines of poetry, mostly haikus, with hashtags like “amwriting”, “haiku”, or simply tagging the tweet with related searchable words. Tweeting is nothing new but creating beautiful poetry within a tweet is, and who knows-maybe it’ll stick around.

So whether it’s through Twitter, WhatsApp, or Wattpad, create something. And even better, post it. Allow others to see your work. Let them read your words and be inspired. You never know, it might lead to something a lot bigger down the road.

Are you a writer with a strong, unique voice? Are you passionate about all things literature? Make sure to check out our new page “Write For Us!” to gain some great writing, editing, and publishing experience!

Writers can guest write for this blog about reading, writing, or anything concerning the literary community.

Send your articles, questions, or any concerns to shille1@students.towson.edu.

Shelby Hillers is the Online Assistant Editor for BrickHouse Books where she helps manage Facebook, Twitter, and the blog. She is a senior at Towson University majoring in English and minoring in Creative Writing. Her works have been published by The Towerlight, Limerence Magazine, and TU Career Center’s co-written blog The Thriving Tiger.